“We covenant before Christ and each other this day to place Christ first. To seek the guidance of His Spirit and to work together for the uplifting of Christ and prepare others and ourselves for His coming.” 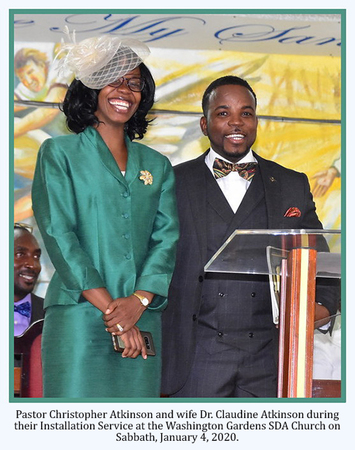 Those were the words of commitment uttered by the Officiant, congregants and Pastor Christopher Atkinson as he was being installed as the Pastor of the Washington Gardens and Balcombe Drive Seventh-Day Adventist District of Churches.  The solemn service was held in the afternoon of Sabbath, January 4, 2020 under the guidance of Pastors Leabert Williams, Ministerial Secretary of the East Jamaica Conference of Seventh-Day Adventist and Pastor Manley Phillips, Prayer and Men’s Ministries Coordinator.  Elder Phillip Castell, in his role as Communication Director also participated in the service.

Pastor Atkinson and his wife, Dr. Claudine Atkinson assumed the role of Shepherd and Shepherdess in the wake of the departure of Pastor Carl Brooks and his family who migrated after serving the district for just over a year.  Having gained the majority of his pastoral experience in various parts of the United States of America, Pastor Atkinson returned to the island with the mission of ‘winning souls through Christ’s method by releasing each member to work in his/her area of giftedness.

Having heard from their new Pastor in an engaging, spirited and spiritually uplifting message entitled, “Jingle Bell” during the Divine Service, the church turned out in their numbers for the formal installation of the pastoral couple, whom they already felt drawn to. As the serving elders of both congregations, with the Conference Officials led out in the service, the church was reminded of its role in working with the Pastor to achieve the mission of the church. This commitment was formalised in the Litany of Installation.

“Possess the Land” was the caption of the charge given by the newly installed pastor. Not only were the members reminded that they are strategically placed in the city and were equipped to possess the land, but they were challenged to be a lighthouse; a change agent and to embrace the mantra of the year, “Study, Grow and Go”.

The high enthusiasm and missionary drive of Pastor Atkinson was encapsulated in his declaration that he is standing in expectancy, on tiptoe, ready to hit the road running in order to finish the work. Through the rousing response of the members, it can be deduced that the enthusiasm and vision is shared by all.

There is great expectancy among the aged and the young that the church will grow under the leadership of the ministerial couple.  As the spoken words ended, Dr. Claudine Atkinson powerfully delivered Lauren Daigle’s song, “Come Alive (Dry Bones) which reiterated the message and added an appeal for commitment.

… we know that you are God

Yours is the victory

We know there is more to come

That we may not yet see

So with the faith you've given us

As we call out to dry bones

We call out to dead hearts

It is the hope, expectation and prayer that under the leadership of Pastor Atkinson, Washington Gardens and Balcombe Drive will come alive under God and do even greater exploits in order to finish the work that we have been commissioned to do. 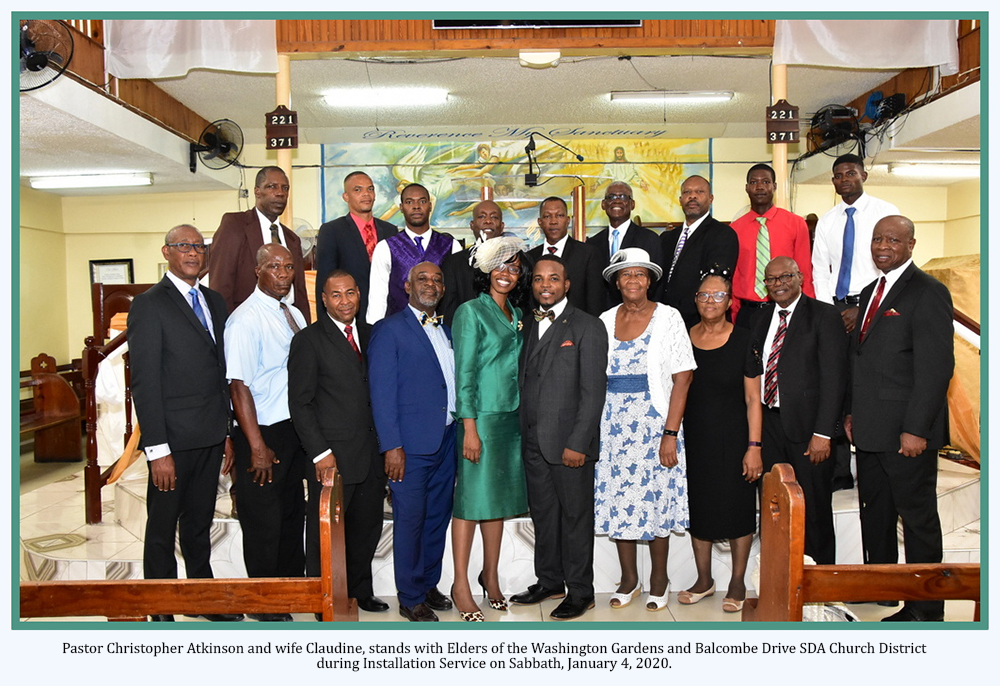 To add a comment you need to login or register.

Over 80 persons, including Adventists and non-Adventists visitors along with the youth of the Washington Gardens and Balcombe Drive SDA Church District; gathered in a gazebo, under clear blue skies... More

“We covenant before Christ and each other this day to place Christ first. To seek the guidance of His Spirit and to work together for the uplifting of Christ and prepare others and ourselves for Hi...  More